They would show their best

Recovering form his injury striker of Győri ETO FC Rati Aleksidze. He is very sorry about the last match when they were not able to win against ZTE. But he is proud of his youngest son who will probably follow him.

In last wintertime transfer season arrived to  Győr the Georgian striker Rati Aleksidze. Earlier he played also in  Chelsea and the good technical football player became favorite player for many of us in last season . In this season he has injured after his first match and he left four matches . After  his return he plays better and better .

 This injury was very painful and I never had that kind of pain before. I still feel it but also feel better day by day. Game goes well, and I hope the team will have god results in the season also .I do not want to say a concrete target, but all of us want to show our best. We are very sorry that we did not win against ZTE but in  Nyíregyháza we have to correct our play"  said to us Rati Aleksidze.

The Georgian striker has stopped playing professional football when his father died . later on he made a quick decision and continued to play .

 It was my best decision what I have ever taken .I am happy to be on the field again, I have developed a lot as a player and also as a person. Actually life goes well and I enjoy it. I did not repent to transferred to Győr , it was easy to fit in the team and I have a good relationship with my team members..

Aleksidze personally means a lot to the other Georgian players of the club. He is a role model for the youngs and  as the star  member of the national eleven he is one of the best known players of  his country.

 We have a lot of discussions with the youngs and try to help them . All of them have to work a lot and have to fight for their position but they are very talented and that is why they will have success. I know that  Ganugrava is in a very hard situation because he had left a lot and it will take a long time to recover from his injury. I also had the same experience, so I can feel his situation and trying to help him to get over in this hard period."

Aleksidze not just helps to his team members but his two year old son, whos name is also Rati, also learning a lot from him.

 My youngest son really likes to play football and he also tried some trainings already. We do not know that he will play or not in the future , we did not decide it with my wife. I would be happy if he would follow me. He is the same as his father and have good left leg and he would be a good striker probably   said smiling Rati Aleksidze. 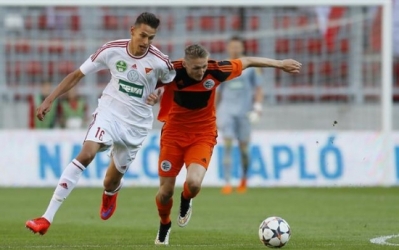 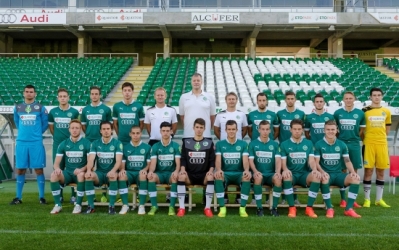 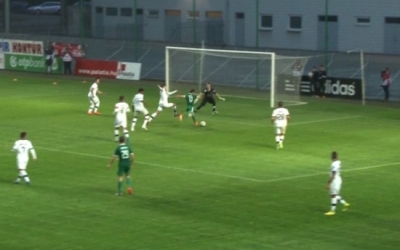